Been a while since I gave out some directives, so here you go minions... 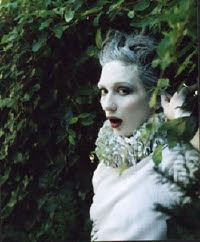 1. Check out MY BRIGHTEST DIAMOND, if for no other reason than Shara Worden is Bjork channeling Tori. Her voice is angelic and the music is a chill-out overload. Her first album, Bring Me the Workhorse, is on Sufjan Stevens' Asthmatic Kitty label. We missed her at Bumbershoot this year, but you don't have to, My Brightest Diamond is touring in support of The Decemberists.

2. On Sunday, I was browsing the old internets, and came across the video guide to the new iPOD TOUCH and if I can't have it no one can. I'm obsessed. Why don't you just get the phone, you ask? It has all the same stuff and more, you say. Well, it seems I don't like phones, nor do I care to be all that accessible, so I'll just be happy with my music, video and wifi internet access, thank you. This handy iPod doesn't hit stores until October 1st, but it's probably a good idea to put one on hold.

3. Tonight is the season premiere of THE BIGGEST LOSER. I am so there. Not only is that shit fascinating to watch, nothing helps me stay on my diet better than an in your face look at obesity. Plus there's nutrition and exercise tips. Okay. Enough of the bullshit, I know a little something about this show from a certain TIME magazine article. The results are skewed by dehydration, and a diet and exercise regimen so insane, it's nearly impossible to keep up. In fact, here's season 1 winner, Ryan (before is on the LEFT). That's right, before. See? 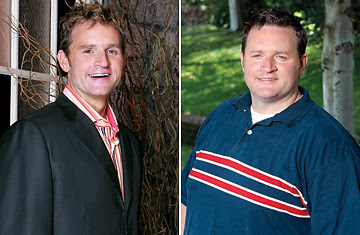 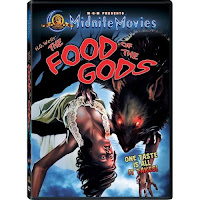 4. You've just got to run down to the store and pick up the re-release of the seminal H.G. Wells '70s classic, THE FOOD OF THE GODS. So bad it's good, and what's not to like? You got your giant rats and wasps, so you're gonna be happy. What's funny is the Saturday movies on Sci-Fi channel haven't improved since this one. Mansquito, anyone?