Can I Get a Zombie Slice? To Go?

peterbilt_47 over on livejournal, requested a little slice of zombie, he provided the premise so if you're grossed out, it's totally his fault. 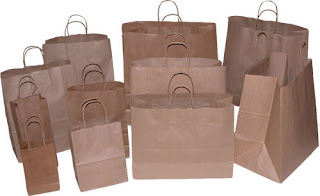 I'd gone along with plenty of Wendy's schemes in the past, but the day care center was my secret shame. The contract was simple enough to fake, a series of measured lies and forgeries, and it fell into place--if state workers could be counted on for anything, it was incompetence.

Our location was perfect, MLK Jr. Way at the intersection of welfare and drug addiction, an area called The Grind, prime for low country dining and/or bum rolling.

We staffed the center on the cheap, harvesting a sloppy crop of child development students from the junior college. Wendy and I took the swing shift. The chance of a baby drop was higher after dusk.

Operation Baby Drop. The plan came together about six months prior.

Sometimes, when it wasn't crowded, Wendy and I watched the late nightly news over tequila shots at the Well of Souls. It seemed a bill had passed to allow negligent mothers an "out" from their uterine mistakes. The process is as follows:

1. Get knocked up by a tweaking scabby youth in a sticky-carpeted hovel while hazy on Monarch vodka and Kool-aid.
2. Claim religious reasons for not aborting the little monster, or a deep resounding love for the little loser's father, who'll inevitably bolt when your water breaks.
3. Put out your cigarette and spawn behind a back alley dumpster, chewing through the umbilical cord and tying it off with some old hair scrunchies (but not the new ones, those cost you good money).
4. Carry your product to the nearest hospital, 7-Eleven, or Day Care Center in a bag, preferably handled--paper, not plastic (this is important). Drop the little bastard off for a quickie adoption.

It was like amnesty for abandonment. In Wendy's mind it was the zombie equivalent of Chinese food delivery--convenient and bite-sized—only better; this was free.

We opened on a Monday.

Mark Henry said…
Thanks. Apparently I do requests. It's my new motto: Give me twenty minutes and a premise, and I'll do you up some offensive zombiness.
8:38 AM