This one has been a long time coming, as I'd wanted to check out Stephen Frears The Queen prior to solidifying the ten, and others of course (Little Children, Children of Men, The Last King of Scotland, Volver, on and on and on), but sadly no time. Much like my book list, I'm only including films I've actually seen, so, sorry, no Borat––I'll catch it on video. Anyway, I need some distraction, so here it is… 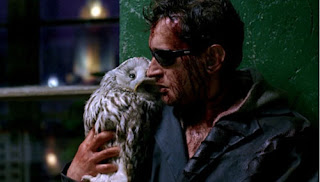 Caught this gem up at a new theater in Bellevue with leather reclining seats and a circular layout. The film is straight up urban fantasy, but what go me was the subtitles. They were so integrated as to express their own emotion. The weretiger was f**kin' amazing. Can't wait for Daywatch to hit. 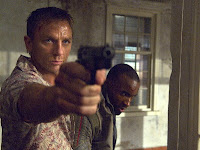 So by now you know that this Bond is the real thing. Daniel Craig is gritty, scabbed and plays Bond like a martini drinking street thug. The opening action sequence is amazing, what movies were made for, really. I had room for one action movie and MI3, while the best of the series, lost out due to the sheer insanity of Mr. Denial. 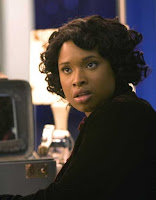 Beyonce can prance and pretend that she underacted all she likes, but Dreamgirls is Jennifer Hudson's movie (no offense to Eddie, who rocked). She made you fall in love with her, and disregard all the flash. When Effie is in full '70s dress down and belting it out, you'd swear you were watching that other Jennifer. 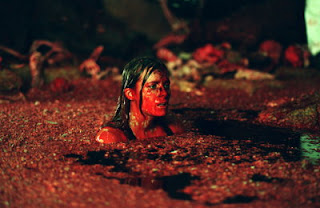 This chick flick dives straight into hell in the first five minutes and never comes back up. Completely trumps The Cave, and the monsters are creepy as shit. The DVD ending is much more in keeping with the flow of the film.

Lets get one thing straight; this movie made the list based on the strength of Helen Mirren's performance. She's mesmerizing. The movie flips back and forth between her work and real tv footage of the events surrounding Princess Diana's death. There's a lot to be said of an actress that can have you saying, "Princess Di: what a bitch."

I have a feeling this one is going to win the Best Picture Oscar. It's undeniably fun, when it's not being existentially morose and suicidal. But, seriously, what's not to like about a dysfunctional family road trip to a disturbing child beauty pageant? 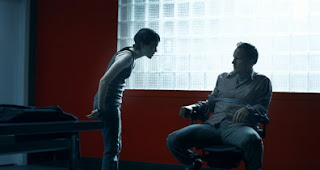 The winner of the most f**ked up plot of the year. Strangers really shouldn't talk to children, unless the chemotherapy isn't working for that nasty testicular business. This movie comes on slow and creepy, and then punches you in the nethers.

One of the funniest gangster bad cop thrillers ever made, based on the Hong Kong film, Infernal Affairs. The cast is amazing, but Baldwin was robbed! Martin Scorcese's best movie since Goodfellas. 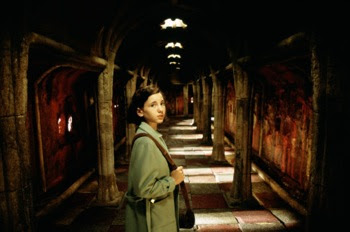 That little girl right there is magical, in real life. The movie is simply fantastic. Much less a fantasy than your led to believe, it tracks the aftermath of Franco's fascists as they reek havoc on the lives of their compadres. And it's all for the kids…or not. A woman behind us in the theater must have recieved some bad advice, because she brought two eight year old boys (who loved the images I'm sure but not the subtitles), I heard the Mom whisper "Jesus," when a man has his mouth sliced to his ear. Much love to del Toro.