That may be an overstatement, but…Hey! 2007 is the year of the overstatement (spread it around or on toast). I committed a most egregious offense in my 2006 best of TV list. My two favorite shows–which are no longer on, of course–were omitted due to wiring issues in my rotting brain stem.

So. It is with much fanfare (and with no help from Bill W.) that I make my amends:

The finest comedies of 2006, one deemed insufficient for the moronic masses, the other with some cross-your-fingers hope for return, are: 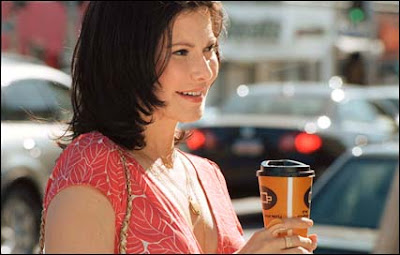 Comedian/Writer/Producer, Laura Kightlinger, has created one of the smartest (along with the following show) comedies since Seinfeld. Jackie (Kightlinger) is a screenwriter with just enough ambition and bitterness to get into trouble. She's joined by her best friend Tara, played to the hilt with brash sluttiness by The Nanny's Nichole Tom. While the season was a mere 8 episodes, the laughs were worthy of 26 on the networks. My fave was "Peyote Ugly," in which Jackie and Tara fraudulently promote Native American filmaking by documenting a peyote ceremony, take a pee-your-pants hallucinogen trip, and wake up cut and bruised in a cactus patch. Jackie could actually be around in the new year, if we wish hard enough. 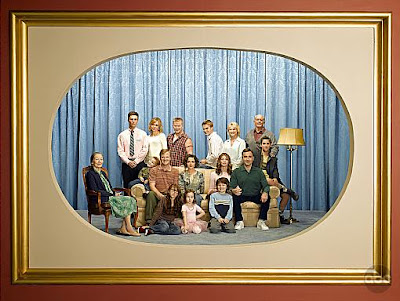 This show–moment of silence–was probably the best thing I'd ever seen on network television (I think I actually wet myself during an episode). Now, lest you think I say this out of bitterness–or as giving alms to the Gods of Overstatement– check out this scene here, where Jenna and Liz play a drinking game. The family in Sons and Daughters is so f**ked up you'll feel right at home. Fred Goss, creator and shining star, put together this show, that is on par with Christopher Guest's format for his films (Waiting for Guffman, For Your Consideration, etc.) Minimally scripted and reliant on a perfect cast chemistry. I can't wait for the DVD. Just typing these words brings a tear.

So there they are. If you haven't seen them, start browsing–youtube has episode 3 of Minor Accompishments, and there are tons of Sons and Daughters clips floating around. When I look back on these shows, the memories make the comedies on my list seem cheap.