No. I'm not talking about the remake of the David Carradine car-as-weapon classic where, according to my wife, all the prisoners appear to be "hot." I'm talking about this past weekend.

Do you ever have those days where you feel run ragged? Where you've been so overscheduled you can't even think straight?

That was this past weekend.

Like some top secret memo had been circulated--must drive Mark and Caroline to the edge of sanity--everyone we know scheduled a party. Everyone. Friday night was a barbecue with friends. Not a problem, we normally go to dinner with this group so it wasn't anything out of the ordinary. Ribs, peartinis and talk smutty enough to make sailors blush.

But Saturday was like a death march and that's was after the judgment gauntlet of our dogs who clearly do not like to be left alone... 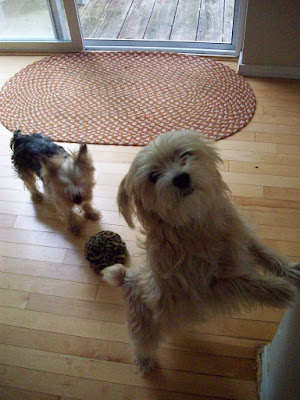 We had to turn down two invites, including a family B-day party, just from the sheer weight of obligations. First up, Caroline's work peeps barbecue in Bumfuck, Egypt. No joke. When the roads stop having names and you're making a left at the hay bale accident, that's country. Witness also the Willy Nelson soundtrack in the background. Can you say, "Nothing in common." Nothing. Hunting was a major topic of conversation. I thought it best to keep my mouth shut on that particular topic. I did perk up initially when I thought we were talking about human targets, but sadly the victims being discussed were far more honorable.

That said, it was kind of nice, they had a gazebo and a big Japanese bell that I couldn't resist ringing every few minutes. Oh and Margaritas. We were the only ones drinking those, the remainder of the guest eschewing hard alcohol for the comfort of the keg.

Caroline's coworkers are nice. But there was this one guy who sidled over like a bow-legged cowboy, eased himself down into a chair and proceeded to tell us that he'd sustained a horrifying testicular injury (involving a table saw) and that "one of the two" was swollen to the size of a pommelo and had turned black. I suggested amputation. He was not amused.

We stayed for four hours before having to dart off north to Richelle Mead's Storm Born release party...a two hour drive, I might add. And that was without hitting any sort of traffic. The super smart Dept. of Transportation has decided to close one of the most travelled stretches of interstate in Oz, I-405 through Bellevue. So we were a whole lotta worried we were going to get stuck in a crazy-making jam that would force us to go all kinds of Luby's.

But once we arrived, Richelle greeted us just like the perfect 50s housewife... 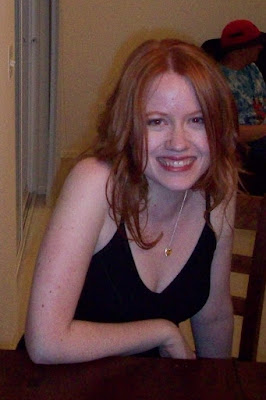 ...with a fresh themed cocktail... 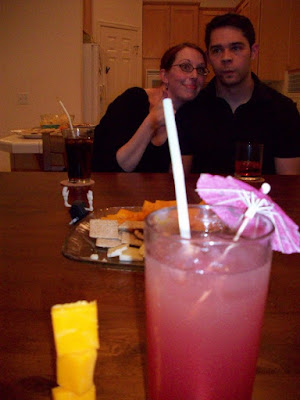 In this case, that scourge of the sea, a hurricane (and yes that is a cheese tower and Cherie and Aric mugging in the background). I did hear talk of Blue Hawaiis making the rounds in martini glasses, but really, why limit yourself? We'd already had tequila in the margaritas earlier, might as well sample the gin, rum and vodka that form the base of any awesome hangover. Am I right?

We played a totally confusing round of Zombie Flux... 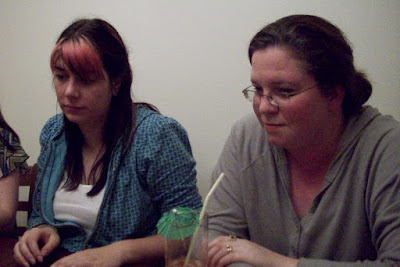 Which seemed to either engage or perturb these two party goers (Caitlin and Caroline), I can't decide which. Cherie seems totally interested in Synde's cards, though. 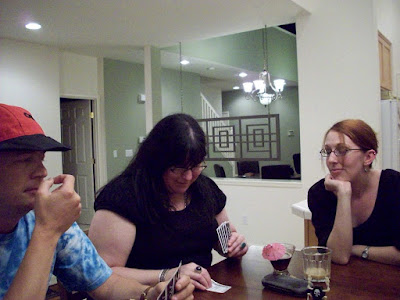 ...and that guy's fingers must smell awesome. My buddy Terri will be happy to know that the Kit Kittredge bombshell went off just as expected... 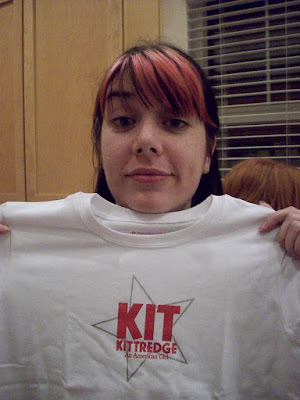 Our American Girl was only slightly annoyed, but inside she was squeeing--I know it. We chatted late into the evening and just before we made the trek home, I made a disturbing discovery in the bathroom... 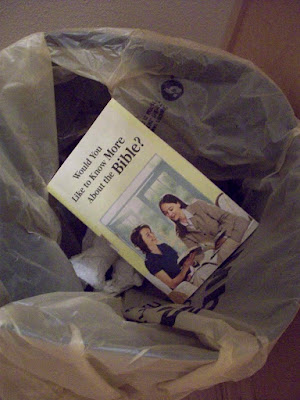 Heathens!!! We'd been socializing with the ungodly! Don't tell anyone, okay? I can't even be sure who defiled the pamphlet of our Lord's cartoon disrupters, could have been anyone. They were massacring Radiohead on Rock Band, after all.

Anyway, needless to say, Sunday morning (our anniversary, by the way) was not all sunshine, roses and chicklets falling from our buttholes. Nope. It was the kind of swollen headed nightmare reserved for hydroencephalitis victims. Plans started to shave off quick as we crashed on the couch moaning.

We did make it out to see Pineapple Express, which was probably only hilarious because we had killed off so many brain cells in Saturday's rampage. It was slightly less slapstick than Cheech and Chong, with some quick dialogue that I loved and some genuine laughs. I'd go if I were you; just bring a fat doobie and some runts and you'll be fine.

After dinner, we fell out in front of the Olympics. I made a concerted effort to read but kept nodding off.

Anyone else commit timeline suicide this weekend?

Joe said…
You want surreal? Try spending eight hours in a conference about MRI, then remedy the brainfreeze with 5 PM vodka shots to be followed in short order with a visit from songwriter friend who brings along a bottle of tequila and what appears to be mixer, but is actually premixed margaritas, to which more tequila is added to form...something. There are cigarettes. There is singing. There is more drinking. There is a board game and an attempt to watch Harold and Kumar Escape from Guantanamo Bay. Then, sometime around three AM, there is bed.

You and I were in remarkable similar shape on Sunday morning, I'd wager. I actually attempted to write later that day -- my deadline doesn't speak hangover. Whether or not what I wrote will make any sense when I go back to read it, however, is just another element of suspense.
7:25 PM