I'm a lazy blogger. I'm resting my laurels firmly atop the 5 things make a blog post idea. Pathetic and sad, but--hey--I'm not complaining, God bless whoever thought it up. 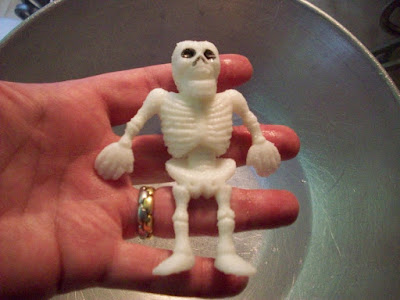 Aw hells yeah! The skeleton is holding up better than the Holy Ghost. Still solid enough to pick up without any of the goo. Thanks Gina, this is quality product, you can be my "Grow-Your-Own" pusher.

2. Why am I addicted to Million Dollar Listing on Bravo? Anyone? It's not even a good show. They've gathered three of the most irritating metrosexual real estate agents in Los Angeles into an hour of freaky bowl haircuts, drag king style beards and whining. Every time I watch, I wish it were a first person shooter.

3. Sunday we went to the farmer's market in Olympia for Sand Castle Days, or whatever the hell it's called. There's something weird about trucking in sand for the event rather than hosting it at an actual beach. Still it was kind of fun, particularly the sculpture of cats giving a dog an enema (Caroline insisted they were vaccinating him, but I know different). 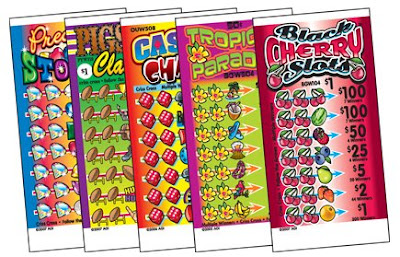 We used to gamble a lot, or what I should say is...we used to gamble our money away for very little fun and even less profit. Last night, though, while eating the most Americanized Chinese food known to man, I sunk $5 into some tabs and came out of the deal with 75 bucks! Is nice.

5. It's been a long time since I've done a book review on here and I've read a ton of awesome books, so expect my thoughts on Lamb by Chris Moore, The Miracle at Speedy Motors by Alexander McCall Smith, I'm the Vampire that's Why by Michele Bardsley, Mistress of the Art of Death by Ariana Franklin and Countdown by Michelle Maddox. I'm also putting the finishing touches on a disturbing domination fantasy/interview with Michelle that will be my post for Wednesday at the League of Reluctant Adults!!!

Vickie said…
Yay on the winnin' pull tabs. We have scratch cards in Colorado. Love Vegas and love going up to our casino towns that used to be gold mining towns.
Love Michele Bardsley's series. Reckon Ariana Franklin needs to be on my author to look for list.
12:47 PM